Ryan, who is a seventh grader, is running cross country for Cornerstone for the second year now. And he's having a very good year. He has finished in the top ten in every race he's run so far. In fact, in the first race of the year, he finished 6th out of 185 runners. We found out later that he ran that race with an upper respiratory infection! (Please no comments about what kind of father would allow his son to run with an upper respiratory infection. After all, this is a post about Ryan, not me!)

This past weekend, he finished third place in Mertzon and helped his team win the team championship for the second week in a row. They won at the Angelo State cross country meet last weekend, too.

Obviously, I'm a proud dad! I used to be a runner in school so I have an appreciation for his accomplishments.

Here are some pictures from this past weekend's two-mile race in Mertzon. 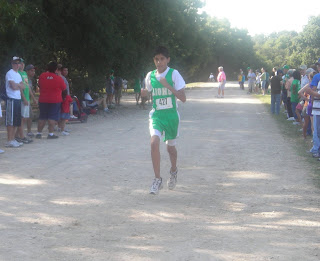 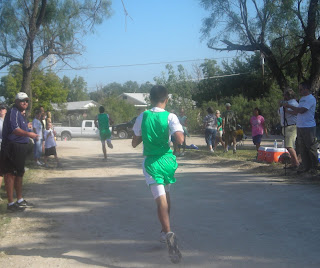 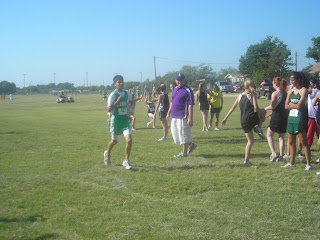 what kind of father would let his son run with an upper respiratory infection?!

sorry, dad, i couldn't help myself.

The same father who has taken you out to eat for the past five days in a row!

ha ha don't bite the hand that feeds you, Beth!