The Day Our World Changed


I had just finished my lunch in the teachers workroom and was walking back to my classroom. I was teaching at San Jacinto Elementary in San Angelo, Texas at the time. Up until then, it had been a typical November day.


As I walked past the school office, the door swung open and a fellow teacher stepped out with a look of concern on her face. She spoke directly to me and said, “Your wife’s on the phone, and it sounds serious.”


I ran into the office, took the phone, and heard my wife say, “I don’t know what happened, but your brother is on life support in a hospital in Austin.” 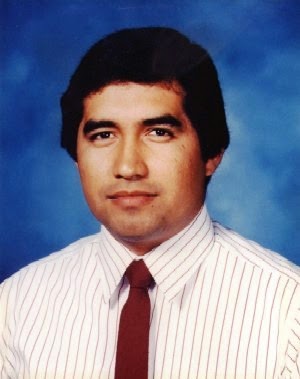 Twelve hours later, my father and I were sharing a room in a hotel on I-35 in Austin. My sister-in-law, Sandy, and her six-year-old daughter, Araceli, were in a room across the hall.


I hardly slept that night. I would doze off and suddenly wake up to my father crying and calling out my brother’s name. My brother was dead.


Osiel had collapsed that morning while his high school band was performing at the UIL State Marching Contest in Austin, the victim of brain aneurysm. He was kept alive on a ventilator until we finally made the decision to let him go at 8:30 that night. He passed away at 8:59.


The memories of that day are burned in my memory. I’ll never forget them. The following days were a painful blur. His picture was on the front page of the San Angelo Standard Times on the day of his funeral, along with a story of his outstanding career and his tragic, premature death. One of my sisters had a birthday two days after he died. It was hardly a celebration.


Somewhere at home, I have a video tape of his band’s last performance. In the corner of the screen, his collapse is visible. Immediately, a paramedic went to him and began CPR. Within minutes, several people surrounded him, blocking any further viewing. I’ve seen that video twice since his death.


It’s been 25 years since he passed away. His daughter, Araceli, is now married and has two beautiful children. Osiel II was born four months after his dad's death. He's 24 years old and the spitting image of his dad. Sandy's still very close to our family.

Our family's world changed that day. Life without my brother became the new normal. The pain's mostly gone, but his memory will always remain strong.

Email ThisBlogThis!Share to TwitterShare to FacebookShare to Pinterest
Labels: Family


Hi to every , since I am actually keen of reading this webpage's post to be updated daily. It carries good material. gmail email login